Three minutes before midnight the electricity flickered, then shut down–heat and lights. Having called in the outage to the power cooperative, at 4:00 a.m. when the alarm went off, we were still in the dark.

Taking Sam by flashlight out for his constitutional I checked on the horses. Jack came up to me, got his nose kissed and I could see Bebe was OK too. The night’s deluge of rain, thunder and soft snow drifts had stopped, but the wind was high. Outside it was 20 degrees. It could have been so much worse. 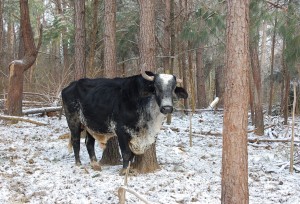 Inside the cabin the temperature was 64 degrees. Crawling back under the covers was the best of all options. Later I heard the whir of the refrigerator. What a terrific sound. I rose, turned on heat, lights and brewed coffee before sitting down for my devotional time. 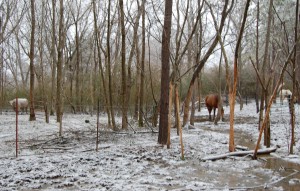 Thank you, Lord, for Your protection for me and mine.

2 thoughts on “The Lord is near” 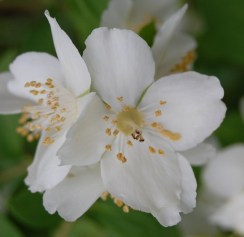 After eating crabapples off the ground twin fawns look my way 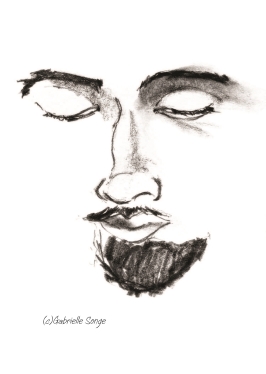